Target’s collaborations with well known designers make chic, high-fashion clothing available to us “common” people at a truly affordable price. Target has worked with Missoni, Proenza Schuler, Rodarte, and a number of other CFDA designers, and have done it again with one of Kate Middleton’s personal favorites, Prabal Gurung.  Target and Gurung teamed up to create an 80-piece collection of accessories and apparel ranging in price from $19.99 to $199.99 that will be available for a limited time from February 10th to March 23rd – so mark your calendars and plan to scoop up some fabulous dresses for spring!  Or even better, prepare to woo your significant other by scoring the quintessential Valentine’s Day ensemble. As Gurung told Vogue, ” My own collection is also inspired by the idea of emotion and all of those things [love], since this is coming out in February, I thought it was the perfect fit.”

Even though Prabal launched his fashion line just four years ago, he has quickly become well-known for his ability to dress a woman exactly how she wants, but with an added dimension of boldness through his affinity for daring colors and prints. Prabal also notes that his collaboration is “inspired by a girl’s journey through the different stages of love and the clothes she wears during each milestone—from the first date to meeting the parents to the engagement.”

Sounds like the line will be a girl’s new best friend and we can’t wait for its debut. Also, word on the street is that Olivia Thirlby (most well-known for Juno) is already filming promotional footage for the line. How exciting! 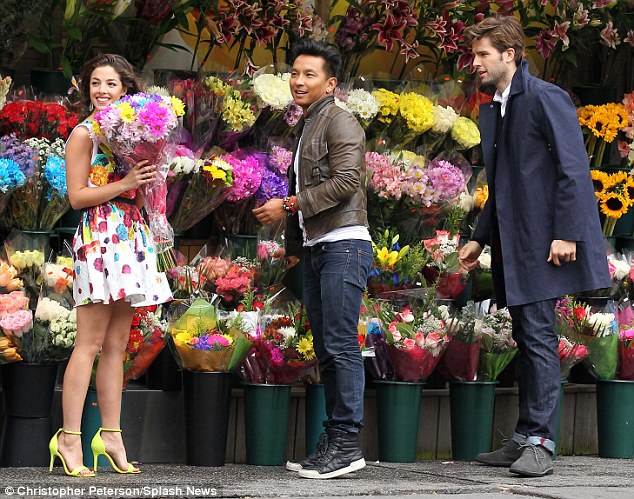