Philadelphia-based hip-hop group Chiddy Bang released their new album Breakfast February 21, 2012. The former Drexel students first gained attention with their single “The Opposite of Adults” on their free mix tape The Swelly Express. Their rap is often accompanied by samples from artists such as Ellie Goulding, MGMT and Sufjan Stevens. 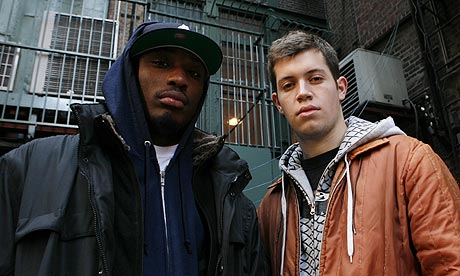 Breakfast features their first single, “Mind Your Manners,” which includes a portion of Swedish band Icona Pop’s song Manners. Thus far, the song has received fairly positive reviews. The band has recently named “Ray Charles,” the second single on the record. The album is a collection of happy and hipster rap over simple beats. While the lyrics leave something to be desired, the sampling is impeccable, providing a refreshing variety in a series of songs that would otherwise meld together. Overall, the album is catchy, but unidentifiable next to their earlier mix tapes. So, if you enjoyed Air Swell, or The Swelly Express, then be sure to give Breakfast a listen.